Nearly two years have passed now since my shortlist of ten female Japanese writers who need to be translated, and I’ve been surprised and delighted by the amount of attention it’s received from editors, critics, and other translators. With great initiatives such as Read Women and the Women in Translation Month project bringing more attention to the disparity in who gets translated, it feels like the right time to add a few more names to the conversation.

Last year’s list was ten, but this year’s is five because I’m a little short on time. You see, I got to translate one of the women on the 2013 list – Naocola Yamazaki, and I’m trying my damnedest to get her published. How lucky can I be? I hope this list pushes another deserving author into a little bit of the limelight.

So in no particular order, here’s my shortlist of five living, amazing Japanese female authors who need to be translated into English.

When I originally began writing this, Shibasaki had just won the Akutagawa Prize for The Spring Garden (春の庭 – Haru no niwa). Her books tend to focus on the lives of young women in cities, with a “unique ability to capture situations with the sharpness and accuracy of a high-spec camera” (J’Lit). Born in Osaka, she was shortlisted for the Bungei Prize in 1998 while still working in an office. Her 2006 novel Today, in that City (その街の今は – Sono machi no ima wa) won the MEXT Award for New Artists (a Japanese government award), the Oda Sakunosuke Award (celebrating new authors from the Kansai region), and also earned Shibasaki her first nomination for the Akutagawa Prize. Her 2010 book Night and Day (寝ても覚めても – Nete mo samete mo) won the Noma Prize for New Writers.

Born in Hyogo, before becoming an author, she participated in a theatre group and studied to be an English translator. Her writings on her blog were noticed by author Shin Fukunaga, and in 2008 her short story “Shampoo and Rinse” was published as a guest contribution in a zine called Irkutsk 2, run by authors including Tomoka Shibasaki and Yū Nagashima. In 2010, she debuted for real with Nothing But Waterproof Lies!, a play, which was published in Waseda Bungaku magazine, Japan’s oldest literary magazine. Her first book, Stackable/s (スタッキング可能 – Sutakkingu kanō), came out in 2013, gaining her nominations for both the Mishima Yukio Prize and the Noma Prize for New Writers. Her second collection of novellas and short stories, Eiko’s Forest (英子の森 – Eiko no mori), was published earlier this year. She has translated Karen Russell into Japanese and participated as an author at the British Centre for Literary Translation’s summer school. Waseda Bungaku describes her writing by saying, “Her keen mixture of rhythmical spoken language and bookish sensibility suggests fresh possibilities for Japanese literature,” and I couldn’t agree more. Her works are, for the most part, possibly untranslatable, but aren’t those the best? 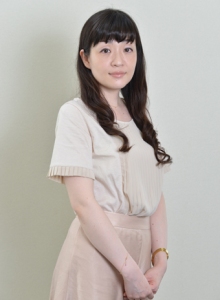 Sayaka Murata (1979–)  began writing in elementary school, but she officially debuted in 2003 with Junyu (Breast-Feeding), which received a Gunzo Prize for New Writers merit award. She won the 2009 Noma Prize for New Writers for Gin iro no uta (Silver Song), and in 2013, she was awarded the Mishima Yukio Prize for Shiro-iro no machi no, sono hone no taion no (Of Bones, of Body Heat, of a White City). Her writing has the “ability to penetrate disturbingly far into the recesses of contemporary female psychology” (J’Lit), especially focusing on the intensity and bewilderment of puberty and early sexual experimentation.

Mariko Asabuki  (1984–)  has had an extraordinary start. Her first work, Ryuseki (Traces of Flow), won the 2010 Bunkamura Deux Magots Literary Prize. Her second work, Kikotowa, won the Akutagawa Prize. Her rich vocabulary and thematic focus on time and memory, as well as her childhood surrounded by two generations of French scholars, have led to some comparisons to Proust. 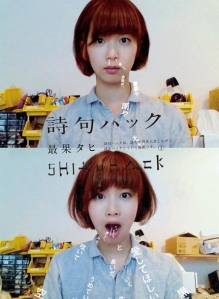 Tahi Saihate (1986–) would be a rare find in any country. Young, intensely devoted to her craft, and taking full advantage of the Internet as a medium for her poetry, her 2014 collection Shinde shimau kei no bokura ni (For Us, the Dying Kind) gained mainstream attention and became a popular success. Shinde shimau, largely dealing with the death of a loved one, is immediate, reflective, and unashamedly personal in a way that becomes universal. Most of her poems appear first on Twitter (where she posts gifs of her composing the poem) or on Tumblr. She has won the Gendai Shi Techo Award (2006) and the  Nakahara Chuya Award (2008). Saihate also writes prose, bringing a real poet’s playfulness to language, structure, and world-building. My favorite author, Gen’ichiro Takahashi, said of her: “Most poets stare into space or the future or themselves or their bookshelves and write poems. That’s fine. But Tahi Saihate stares at us and at the world we all live in and writes poems. And then she kindly sends them out to all of us.”

Since she hasn’t been translated yet, I’ll give you my favorite line of hers, the very beginning of a poem called “Perfume Poem”:

I wish music or anything that speaks for girls’ feelings, all of it, would die.

Have I mentioned someone who’s got your attention? Or worse, have I missed someone? Let me know.

[…] literature (プロレタリア文学・ルンペン文学), and diaries.”  Her most recent post from March 16 is titled Read Her Now: Five Women to Translate in 2015 and features five contemporary Japanese female writers. The image here is of poet Tahi Saihate […]

I’m just… in love with this list.
You’ve mentioned exactly every author I wish there’d be translations.

I’m just in love with your whole blog! 🙂

Sorry for any mistakes with my English, I’m French and currently studying Japanese.

Can I ask you something?
I’d love if you’d do some Tahi Saihate translations. She seems to be like the perfect voice for the young female Internet generation, I really want to understand her poetry better.

Thank you for keeping up with the blog!

Thank you so much! I’m glad you liked my list (and no need for apologies, your English is nearly perfect).

I hope to get to translate Tahi Saihate someday, but at the moment I haven’t got permission, so as much as I’d love to share her poetry with English speakers, I can’t yet… But if you have learned basic Japanese, I think some of her poems shouldn’t be too difficult for you to understand. For example, this one, except for one or two words, perhaps: http://tahi.tumblr.com/post/81766386310 (I LOVE this poem!)

Let me know how it goes and feel free to email me for help / if you want to talk about Tahi (somewrongsreversed@gmail.com).
Thanks again for your lovely comment!

I see, well, I do hope you can get the permission one day, or maybe I could after some hardwork with my Japanese 🙂

I do understand some of her poems, I just wish I could understand all of it, haha 😀

Since you’re a linguist, can I ask something non-Japanese related?
I just got out of high school and started the Japanese course at uni, my English knowledge is pretty much what I’ve learned by myself, so what are some good grammars you’d recommend me? If it’s not a bother to ask 🙂

Thank you for the time to answer me, I’ll make sure to keep following your work here and contact you whenever I need help!

I’m afraid I don’t know any English-learning resources, but I’ve always enjoyed learning a language through another one, so maybe consider getting some books about Japanese in English? That way you’re multitasking 😉

I was looking for new reading material and I stumbled upon your blog. Great post. Well written and inspiring. Looking forward to coming back and explore other ones you have.