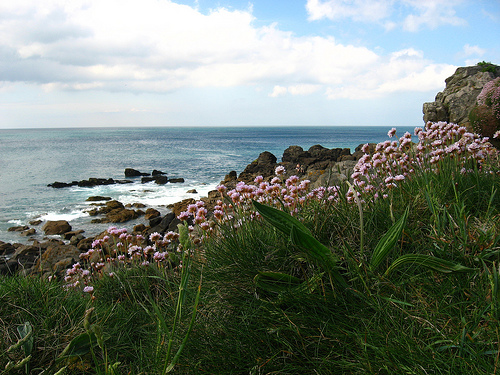 When we lived in Mitaka in Tokyo, bombs were falling nearby nearly every day, and I didn’t care if I died, but when I thought that if a bomb fell on my child, she would die without having seen the sea once, it was hard to take. I was born in the middle of the Tsugaru Plains, so I didn’t see the sea until late in life, taking my first trip there around the age of ten. And the great excitement of that became one of my most treasured memories for all time. I wanted to give her the chance to see the sea at least once.

My daughter was five years old. The day came when our house was damaged by a bomb, but nobody in the house was injured. We moved to my wife’s hometown, Kōfu. But before we knew it, Kōfu was being attacked by enemy planes, and the house we were in was burned down. But the battle continued on. At last there was no choice but to take my wife and child back to the place where I was born. That was our last stand. And so we departed Kōfu for my parents’ home in Tsugaru. It took three days and nights for us to finally reach Higashi-Noshiro in Akita prefecture, and when we transfered to the Gonō line there, I relaxed a little.

“Which side can you see the sea from?” I asked the conductor straight away. The line follows the coast closely. We sat down on the side where the sea is visible.

“Yes, you’ll be able to see the sea. Soon. You’re gonna see the same sea that Urashima Taro sailed on.”

I was the only one all excited.

Finally I was able to show my daughter the sea.

“Look at the river, mama,” said the child, unmoved.

“The river?” I was astonished.

“Mm-hm, the river.” My wife smiled, half asleep.

Knowing it was truly pointless, I gazed out alone at the sea in the dusk.

omg how do you say “knowing it was truly pointless” in japanese?

In honesty, I’m not sure about that bit. He says 実につまらない思いで、私ひとり、黄昏（たそがれ）の海を眺める。 I interpreted that as him saying he knew that his insistence on the child looking at the ocean was boring. Could’ve said it more literally but I went for a paraphrase because I couldn’t make it sound natural.